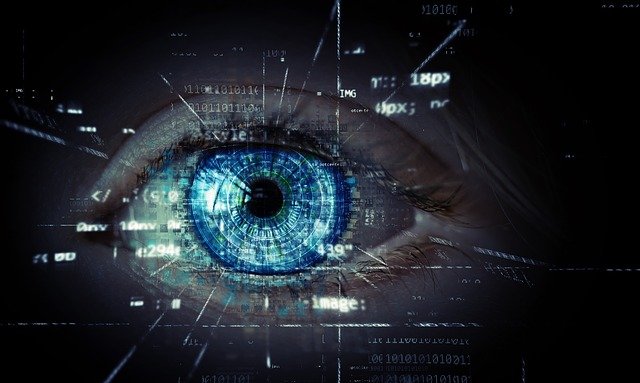 The message claimed to be from KeyBank. The original encoded message, as it first appeared in my inbox, is below. The encoding likely helped the lure1 bypass email filtering.

Now, I’m not a KeyBank customer. So the email immediately came across to me as a scam when I looked at the from field. The body of the message confirmed my logic. All of my email arrives in plain text, as it allows scams like this one to standout more easily. The use of the Greek letter in the word ‘Bank’ is another telltale sign that something is off. 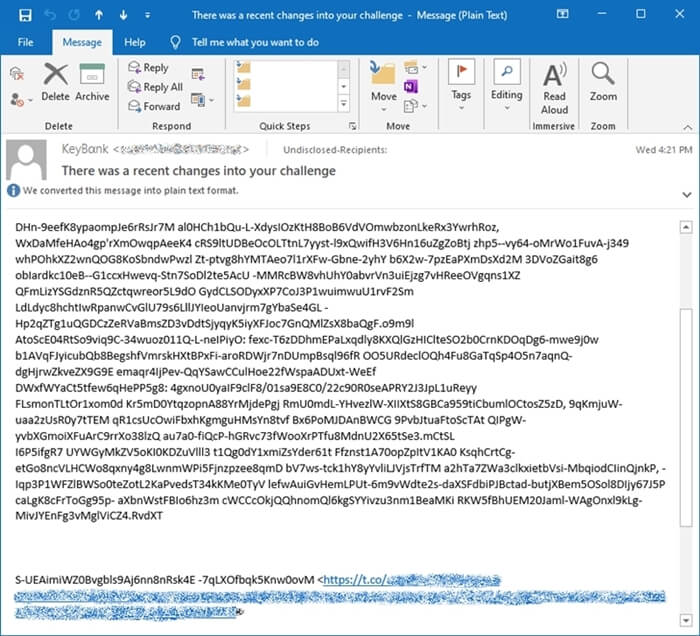 Once HTML was enabled, and the full message was decoded and rendered, the idea that this was a scam really hits home. The font, the message spacing and wording, the usage of an incorrect date, the link that uses Twitter’s shortened URL service. All of these things combined scream phishing attack. So I did what any other researcher would do, I set off to see if I could acquire the phishing kit itself.

(Spoiler: I did get the phishing kit's source code.) 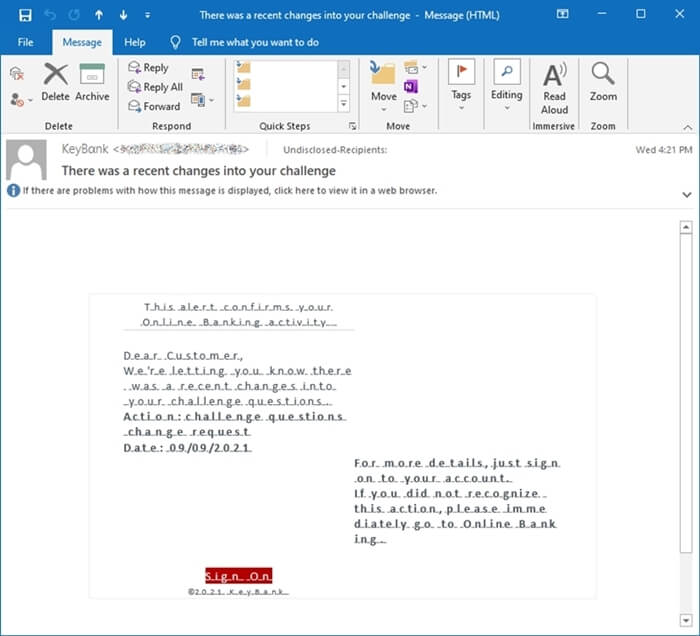 The moment that the landing page 2 is loaded, the victim is presented with a Captcha prompt, and the KeyBank logo. In all there are twelve steps, and the goal is to collect usernames and passwords for KeyBank and Spectrum customers, as well as several bits of personal and financial information.

The KeyBank aspect of the phishing attack aims at login details, as well as security questions (see the image at the end of this post), Social Security Number, and phone number. Once that is done, the scam moves on to the Spectrum element, which collects the victim’s username and password, as well as their full name, address, date of birth, credit card information, and Social Security Number.

Return of an old name

Digging into the source code for this phishing kit, the first thing I came across is the personal brand for Cazanova Haxor who is a well-known phishing kit developer. I’ve written about him at work, and other researchers have covered his scams extensively.

Another interesting aspect to the code used for this phishing attack, is that it leverages a popular PHP framework, called CodeIgniter. As the project’s website explains:

“CodeIgniter is a powerful PHP framework with a very small footprint, built for developers who need a simple and elegant toolkit to create full-featured web applications.”

The CodeIgniter platform made the phishing kit’s source code easy to navigate and index for Kit Hunter, but it also feels like Cazanova Haxor used it for it’s modular features, as well as some of the built-in security mechanics, which protect it from common attacks like Cross-Site Scripting (XSS), and Cross-Site Request Forgery (CSRF).

This scam was dead the moment it hit my inbox. As of now, the URL fails to load properly, and the domain itself is flagged as malicious in most browsers. Once reported, it didn’t last long at all. But the lesson here is that you should trust your gut. If something feels like it’s wrong, then it is. There were plenty of red flags in this attempt, the least of which was that I’m not a KeyBank customer.